Special thanks to James Wright, North East Regional Manager of Winemonger Imports and Austrian wine connoisseur for contributing this article. Check out the original posting on his blog Wine ~ Wein ~ Vino ~ Vin.

…there are many unique autochthonous grape varieties growing in Austria, some several of which produce memorably flavorful wines. And among the 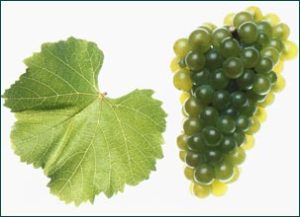 se varieties, many turn out to be spontaneous crossings of two previously established types—and certainly Mr Roter Veltliner wasn’t always all too concerned about whom he woke up next to in the morning…

Neuburger—literally, the “new citizen”—is one of these extraordinary products of ampelographic promiscuity—Roter Veltliner mating with Señora Sylvaner (as ‘posed to Zierfandler, which is what that old goat Roter did with Madame Traminer…)

legend has it that a floating bundle of grape-cuttings was fished out of the Danube some hundred-plus years ago, planted out of curiosity, and turned out to produce a hardy vine that needed so little moisture that, as Josef Högl puts it, “sometimes the dew is enough.”

he holds his liquor well, does this son of the river—Karl Lagler in Spitz, among others, bottles a Neuburger that does not lack for agility at 14% alcohol and even a touch more… Nikolaihof picks it earlier, gets it into the bottle a little lighter with a handsomely polished texture—quite a lovely wine.

once upon a time, Schildknecht and I were entertained there by the eternally gracious Christine Saahs, where we tasted all manner of wondrous Rieslings and GVs, both ancient and youthful. And we were invited to take any bottles from our tasting down to dinner, which we did. It was springtime, and so Spargelzeit, the asparagus season so beloved in Austria and Germany. And at the end of our dinner, surveying the wreckage of a groaning board, the mighty Rieslings and Grüne Veltliner—the Steiner Hund, the Im Weingebirge—stood yet half-full upon the table—but the Neuburger bottle was empty…

one thing that Wachauer Neub is not, however, is particularly aromatic. Mainly about texture and tongue—

elsewhere the wines turn out lighter and spicier, as proven by Karl Alphart, in the Thermenregion south of Vienna. His Neuburger “Hausberg”—out of deep brown soils with a bit of limestone—not only comes in at a modest 12.5%, but also shows aromatix that neither mom nor dad could’ve called their own. Lightly spiced and elegantly tropical, Hausberg finishes with a wave rather than a wallop.